Rebuilding was the Only Option!

Recently, we received a call from a retired dentist who was wanting us to completely redo his Farmington concrete sidewalk path leading to his front door and repair his driveway. We scheduled a complimentary concrete contractor consultation with the dentist, so we could look over and inspect the sidewalk and the driveway, then provide him with an accurate estimate.

We arrived at the residence as scheduled. The homeowner showed us the driveway damages that he wanted to be repaired and the sidewalk path that he wanted completely redone. We gave him a few options and he selected the one that would meet his needs and expectations, and the homeowner was pleased with the estimate and asked us to start as soon as possible. We scheduled the concrete repairs to start Monday morning, which was suggested by the homeowner.

The concrete driveway and sidewalk were scheduled to be repaired. 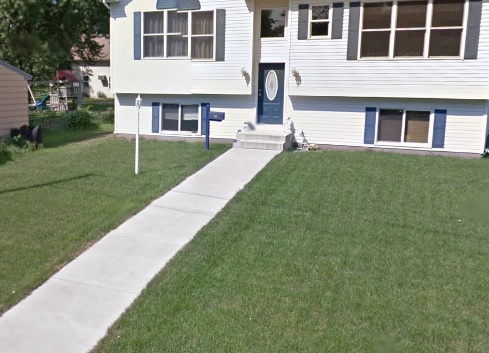 The crew returned the following day to resurface the driveway. Once the driveway was leveled and resurfaced, the crew put in the sidewalk. The homeowner had a lot of time on his hands because he was retired, so he watched the crew carefully. The crew worked nonstop placing the sidewalk until the project was completed. The crew began cleaning up the job site to head to the next job.

The customer came out to inspect the driveway and sidewalk. In the end, the customer was thrilled with the work that we had provided for him and his home. He said that the driveway and sidewalk had never looked this great, and he was happy with our job performance. The customer said that he would be sure to let all his friends and family members that came to his home know that we are a dependable company. He went on to say that our crew went that extra mile to ensure that the job was done to perfection.

Concrete Excellence was thrilled that we were able to provide high-quality services that the customer had requested, and to meet his strict expectations.