New Installation for a Renovation Project

We got a call from a homeowner that had bought a fixer upper, but before they could start any renovations they needed to have a solid driveway they could rely on to be able to transport materials. We let the homeowner know that we could come out that same day to do a thorough inspection, then provide the estimate, which the homeowner agreed to.

Providing an Estimate for a New Concrete Driveway Installation

Our Burnsville concrete contractor specialists arrived at the home and started looking over the current driveway. Their current driveway was made up of broken asphalt and concrete, so most of that would have to be removed, then a new concrete driveway applied. We gave the homeowner the estimate and they were happy with it and scheduled us to start as soon as we could. 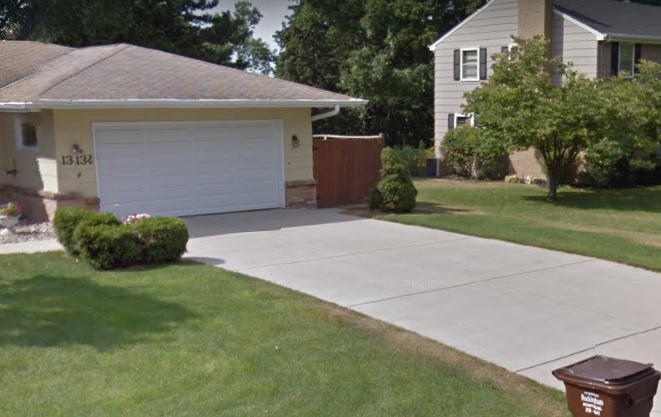 Our crew arrived first thing Monday morning to start the concrete driveway. We were in luck, because the sun was shining and the forecast for the week looked outstanding. The crew immediately went to work removing the decaying and broken asphalt and concrete. There was so much damage to the current driveway that the best thing that the crew could do was to remove it all and start over. The crew first started by creating the desired grade, then a layer of crushed rock was laid. Doing this step first is important as it will support drainage.

The crew installed the frames, then the concrete mixture was applied. Once the crew was finished, the homeowners had a beautiful driveway that could easily be extended in case they wanted to add a paver patio walkway or something along those lines later. The crew let the homeowners know that they should let the concrete driveway cure for a least seventy-two hours, so there should be no vehicles, machinery, or even walking traffic on the driveway before it has been fully cured.

The homeowners said that they would make sure that the driveway would not be used at all until the seventy hours was over and they were both thrilled with the way the driveway had turned out. They thanked the crew for being so quick and responsive and of course for doing a fantastic job. The homeowners agreed that if they did decide to add a walkway later that they would contact Concrete Excellence, because we were the best and dependable concrete contractor in the area.

The crew packed up all their tools and materials and headed out to another project knowing that they indeed provided superior concrete services to another new client. We thrive on providing exceptional services for each and every client that we have, which is why we are the number one concrete contractor in the area.