We got a call from a mom who had just completed major renovations and a home addition to their house. Now that the family had an actual garage, they needed a new concrete driveway in Prior Lake. They called us for a quote on the install and we were happy to go to the home and give the homeowner an estimate.

A few of our best concrete specialists arrived at the residence to give the homeowner a quote on concrete contractor project. The current driveway was just dirt, so we would be starting from square one with this installation. We measured the area and we asked the owner if she had any questions (which she did). She wanted to know if the concrete driveway would stay solid and strong without cracking during the hot summer days. Our crew ensured her that her new driveway would never soften, crumble, or crack in the extreme heat. 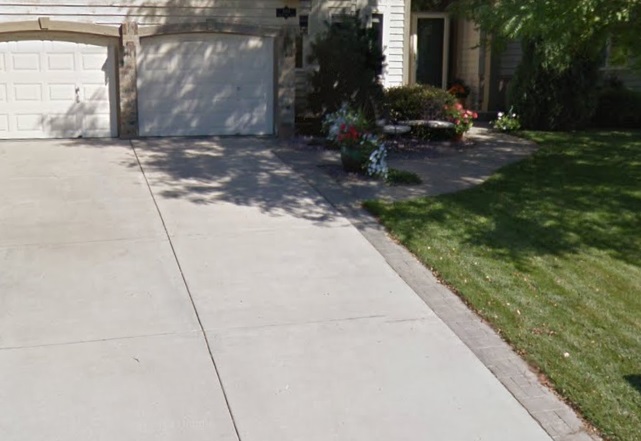 The homeowner also wanted to know why she should choose concrete over asphalt, because asphalt is cheaper to install. Our crew let her know that the price may be higher right now, but it will pay for itself in the long run due to the concrete driveway coming with a longer lasting life. It also adds value to the home due to the curb appeal and durability. She was so impressed with our knowledge and quote that she hired us at that moment. We scheduled the installation on the day that the customer requested and our crew arrived promptly as scheduled.

Our crew arrived at the home and began prepping the area for the subgrade, and the proper drainage was added. The subgrade will prevent slab settlement cracks. Crushed rocks were placed several inches thick in the area. The crew started placing control joints, and an isolation joint was added by the garage floor entrance. The concrete mixture was carefully added. The concrete mixture would be laid in the area up to four inches thick. The finishing was applied, then the final step was the curing. The curing was applied and the concrete driveway installation was completed on time. The crew started packing up the tools and equipment, then they let the homeowner know that the driveway was finished.

This was a nice project for us, and the mom was happy too! She said she was so glad that she hired us for her driveway because our crew did an outstanding job. She continued to say that her new home addition, renovations, and concrete driveway will make her home the best looking one in the neighborhood thanks to Concrete Excellence.