We were called out to a home that had an interesting setup. The lady of the house wanted to do some landscaping on a hill that adjoined the concrete driveway in Rosemount at their home, so our crew suggested a new driveway that would also have a retaining wall on one side, which would create a perfect division for the flower patch while not risking any cars driving over her hard work constantly. Our crew drew out a design, so the lady could have some type of visual, and then we gave her an estimate for the project. The homeowners were very pleased with the estimate that we had provided for them and we went ahead with the job that very same day.

The concrete contractor crew first started by removing the current driveway completely. Once the driveway was removed, part of the crew worked on the subgrade while the other half started preparing the retaining wall. The crew started compacting the area for the driveway to ensure that the drainage was on point, then the forms were put up, so the concrete could be poured the following morning. The crew came back to the home the following morning, then poured the concrete mixture, then they all came together to work on the retaining wall by getting each stone precisely into place. 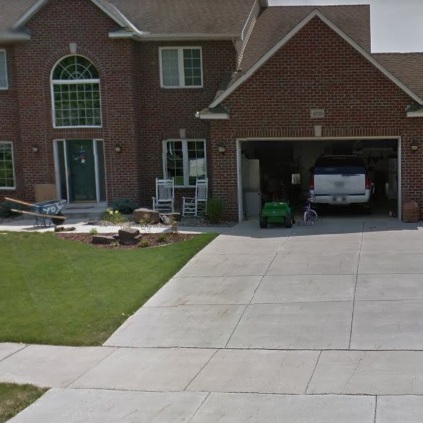 The project at the Rosemount home took several days, but the crew was still able to get it done on time and as stated for the homeowners. Once the concrete driveway and the retaining wall was done one of the crew members knocked on the door, so we could show the project to the homeowners. The lady came out first and she said that the project turned out better than she even expected. She said she couldn’t wait to start planting her flowers, as she really loved gardening. The husband said he was quite surprised on how well everything came together and the couple thanked the crew for doing a great job for them.

The couple said that they would make sure to let everyone know that Concrete Excellence was the number one concrete contractor in Rosemount, and if anyone needed any concrete work done at their home or office that they should contact us because our quality work speaks for itself.

The crew let the couple know that they should not park their cars on the driveway for at least three days, as the cement needed to cure completely, which would add strength and durability to the driveway. They told the crew that they could wait to park their cars there, because they didn’t want to take a chance ruining the work that our crew had provided for them that week.