We got a call from a homeowner looking for a new driveway for their home. They wanted pavers along the sidewalk with decorative tiles. We scheduled a free consultation as a concrete contractor in Apply Valley so we could look at the area for the new driveway and provide them with an actual estimate for the project.

Two of our concrete specialists arrived at the Apple Valley home for the driveway consultation. Our guys measured the driveway, then they showed the homeowner different paver options. They let the homeowner know that having pavers along the sidewalk would not only add value to the home, but they would also provide beauty too. The homeowner selected the paver style he wanted, then we gave him an estimate that he was comfortable with and asked us to start on the driveway project as soon as we could.

The concrete driveway was scheduled to start

Our crew arrived at the home and started to excavate the old driveway. Once the entire old driveway was removed, the crew then started to create the precise grade. The soil was to be compacted, then a layer of crushed rock was laid in order to provide the precise drainage. The crew began to lay the forms for the driveway, then the crew began to pour the concrete mixture into the area until the concrete driveway was formed. 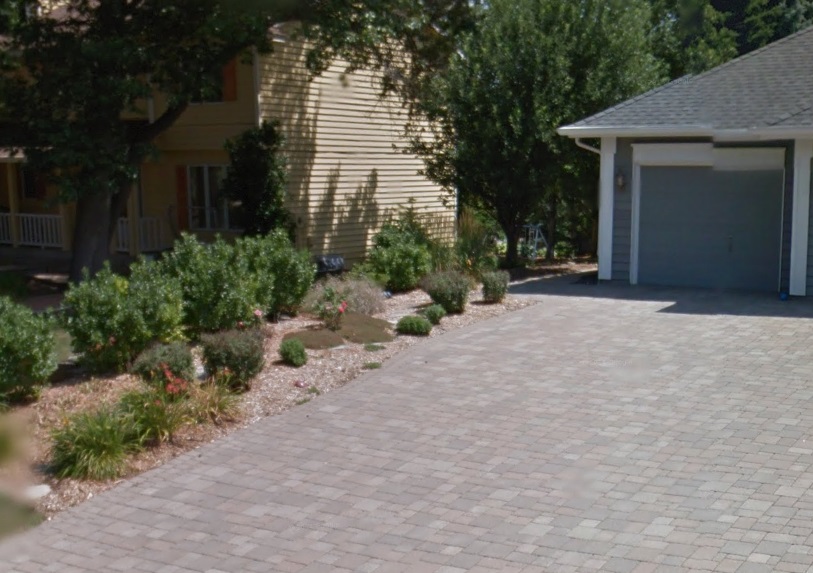 The crew began to work on laying the pavers that the homeowner had selected. The crew prepared the ground by removing debris, then they laid small crushed rock in the areas. The crew then laid each paver down one by one. Once each paver was laid and done, the crew then spread masonry sand along the surface of the pavers and in the spaces between each one, then they used the plate compactor to compact the pavers into place. After this step was finished the crew then swept up the sand that was present on the surface of the pavers.

We were able to do this job in just under a week, which was still a few days ahead of the scheduled date that we promised the homeowner. We let the homeowner know that the driveway and pavers were successfully installed and we advised him to try not to park on the driveway for about seventy-two hours so that the concrete had plenty of time to cure, which is very important. The homeowner was very pleased with the new driveway, but was more impressed with the way the pavers added that special touch to the sidewalk and the front of the home. He was glad he called the best concrete contractor in Apple Valley and we were happy that we did another successful job.